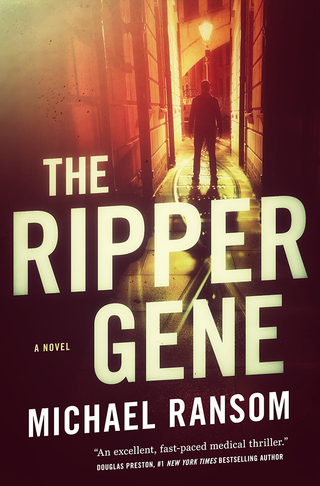 The dark terrain of a psychopath’s mind.

Agent Lucas Madden is a neuroscientist-turned-FBI profiler who knows the territory better than anyone else in the world. As a young neuroscientist, he cloned the ripper gene and used functional brain imaging to demonstrate its dysfunction in the amygdala brain regions of psychopaths. As an FBI profiler he used more complex genetic analyses to study DNA isolated from dozens of notorious serial killers and developed a 'Damnation Algorithm' that could predict psychopathic behavior using DNA alone. His theory... that complex inherited patterns in DNA predispose individuals to violence... is vilified around the globe, even eliciting a condemnation from the Vatican itself.

As the novel opens, Lucas Madden has other problems on his hands. A new serial killer, The Snow White Killer, is terrorizing victims along the Mississippi gulf coast, smearing bloody gibberish on their foreheads and leaving razor-embedded apples in their outstretched hands. A signature disturbingly reminiscent of Madden’s own mother’s unsolved murder... in an apple orchard, on a Halloween night, some twenty years ago.

When Madden’s childhood sweetheart and former fiancé Mara Bliss is kidnapped, he’s drawn into a deadly game where the killer is always two steps ahead. Lucas Madden, the son of a preacher and who now believes in nothing more than random chance, will be drawn deep into the humid and secretive Mississippi Delta to hunt for a killer. Only by immersing himself into the killer’s mind will Madden ultimately understand the terrifying rationale behind the murders, and hope to put an end to a psychopath's reign of terror.

Look for The Ripper Gene, coming from Forge in 2015.